Tesla is one of the world's most innovative and disruptive automakers, embracing the eco-friendly advantages of electric cars while making them powerful, practical and desirable. But for chief exec Elon Musk, competitors have been a persistent problem. Now established manufacturers are rising to challenge his brand's dominance of this emerging marketplace.

In 2017 Tesla hit the headlines after its value exceeded that of automotive industry titan Ford. However, the company has experienced plenty of wobbles in the interim, mostly because of uncertainty surrounding its ability to deliver on the lofty promises that Musk has made. 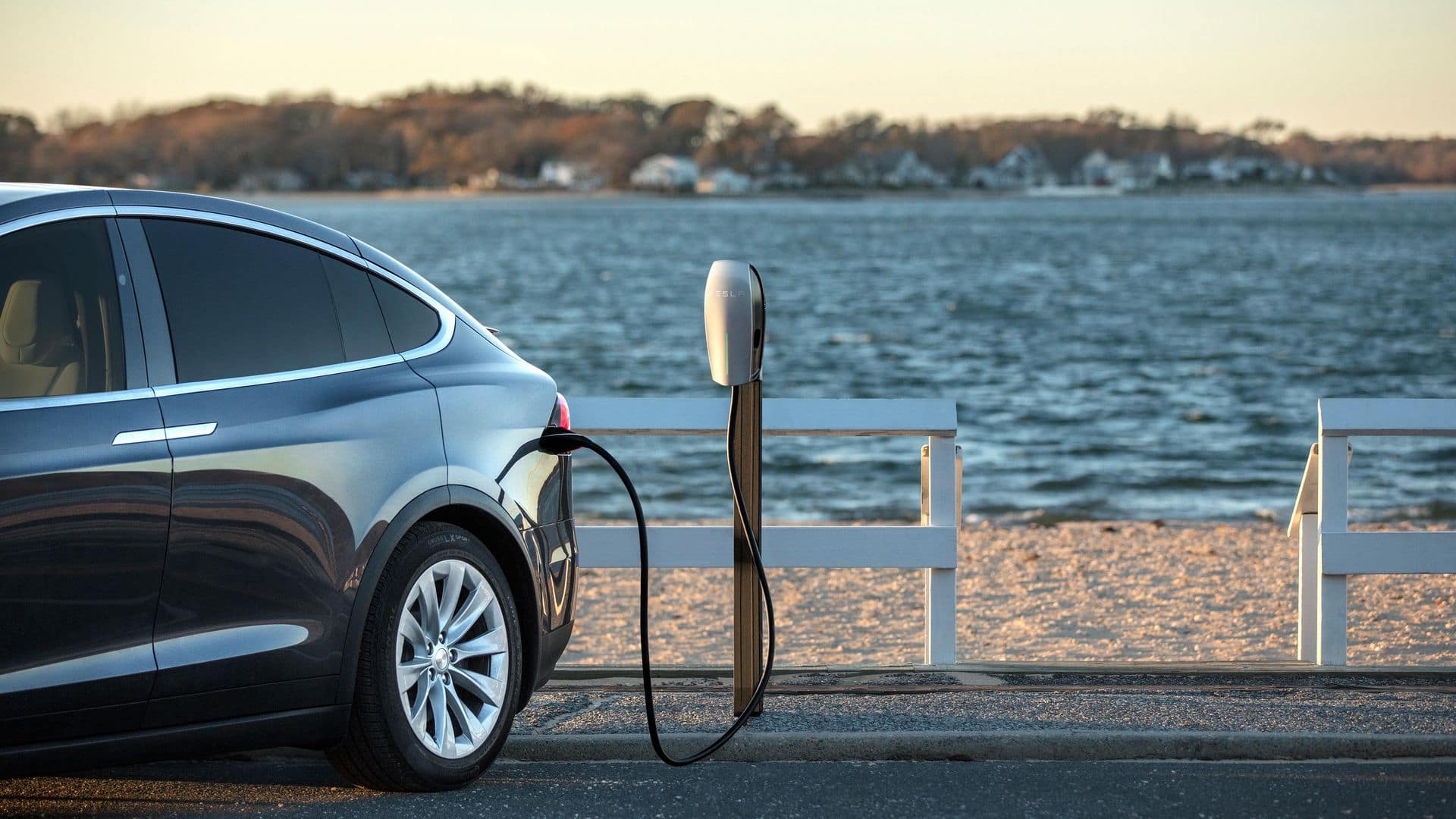 The upshot is that Tesla's dominance of the electric vehicle (EV) market is by no means guaranteed. Its electric car competitors are not just emerging because of the hurt pride that incumbent brands are experiencing due to Tesla's meteoric rise; the potential size of the prize that is on offer for the firms that create the first true mainstream zero emissions car is compelling in its own right.

Global sales of EVs are projected to hit 1.6 million in 2018, according to Frost & Sullivan, up from 1.2 million in 2017. By the end of 2019 the annual figure for global registrations will top 2 million. That will equate to revenues of around $271 billion (£203 billion) a year, with rapid growth projected going forwards. 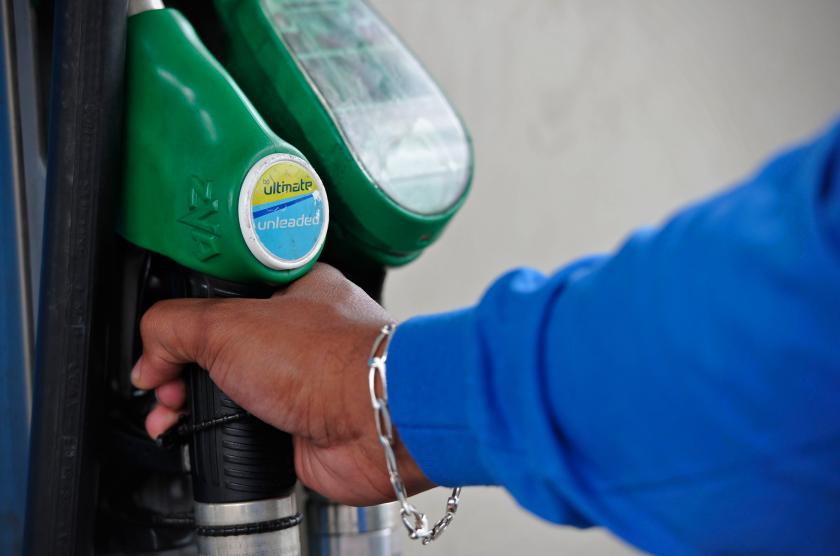 This anticipated expansion of the EV market is not just about consumer demand; it is being fuelled by government policies from around the world aimed at tackling climate change. In the UK, the sale of petrol and diesel-powered vehicles will be outlawed from 2040. Some countries are pushing for even tighter deadlines for the ban, which means that over the next two decades the rise of electric car companies will be as rapid as it is inevitable.

In terms of Tesla competitors, there is a mix of long standing brands and plucky upstarts hoping to grab a slice of the electric car pie. Here are just five electric car competitors that will make it harder for Elon Musk to remain at the top of the pile indefinitely.

The Volkswagen Golf was the second best selling car in the UK in 2017, only bettered by the Ford Fiesta. VW is also aware that it needs to keep shoring up its reputation as the Diesel-gate scandal continues to have an impact. As a result, it has created the e-Golf, an all-electric version of its popular hatchback which costs under £30,000 when the plug-in grant is factored into the price. 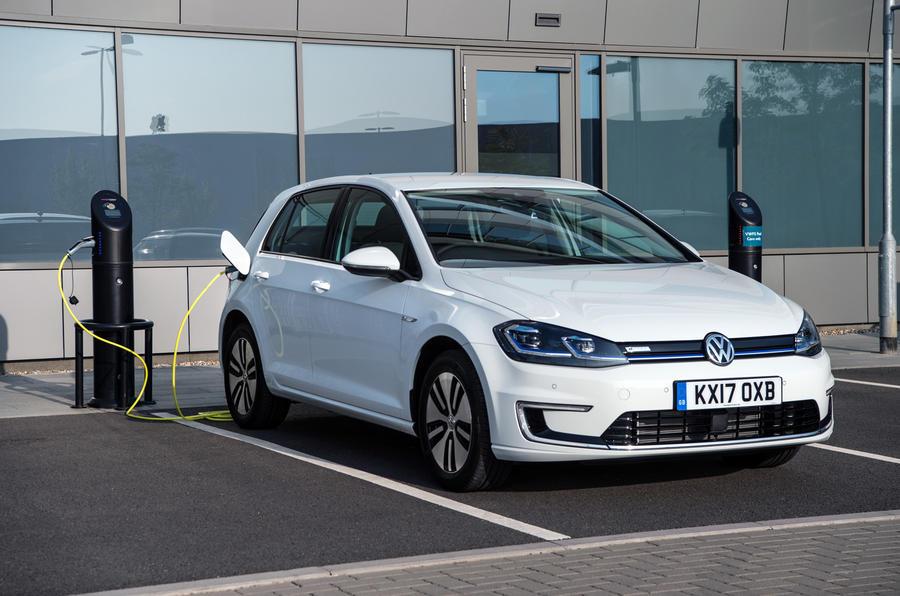 On paper the e-Golf is not only more affordable than Tesla's as yet unreleased entry-level Model 3; it is also a little less outlandish inside and out. Customers will no doubt feel more at home within the cab of this car, which has an almost identical design to that of its standard stablemates. As a stepping stone towards futuristic EV technologies, this could be a better option overall.

Reviewers have praised the build quality and running costs of the e-Golf. Meanwhile, criticism has been leveled at the relatively limited range it offers. It can travel a maximum of 186 miles on a single charge, although real-world performance may see this slip much lower. Tesla's Model 3 should cover 310 miles between charges, which leaves a yawning gap between it and the e-Golf.

The-Tron range from Audi has so far featured a number of eco-friendly cars that adopt a hybrid powertrain, rather than opting for a fully electric setup. There is a zero-emissions model on the horizon, with the-tron quattro concept set to make its debut as a mass production model in 2019. 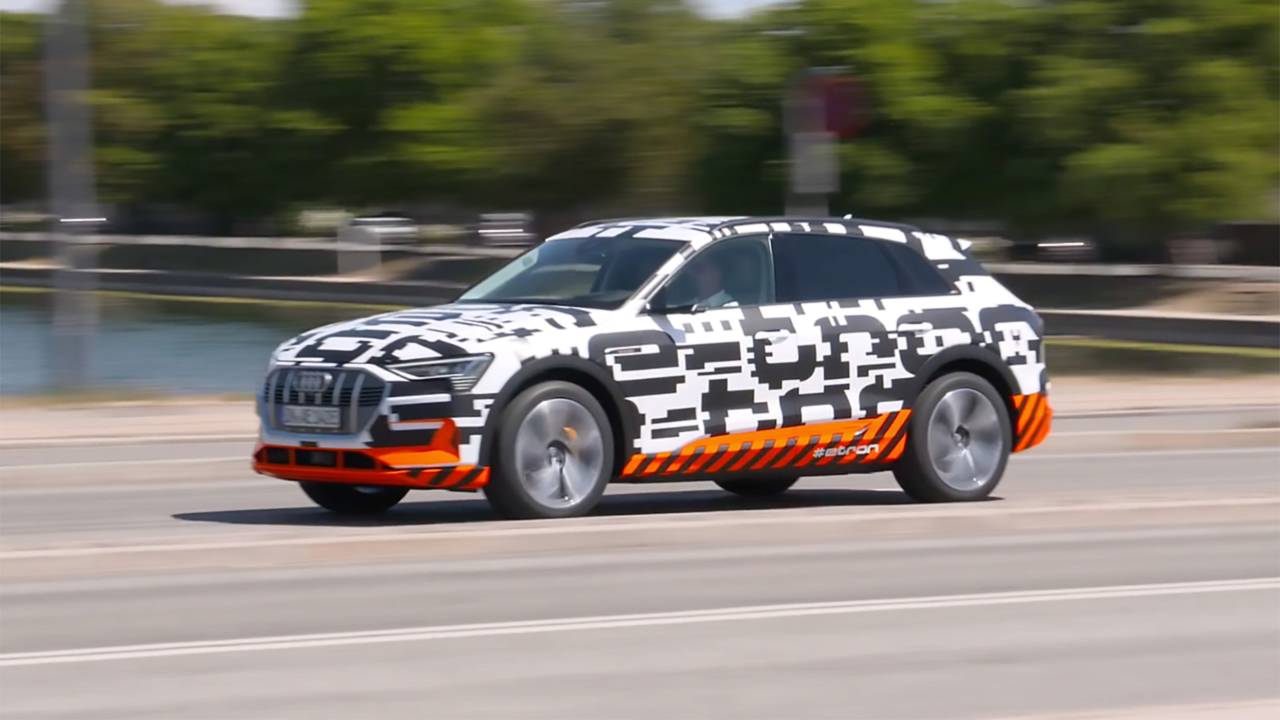 This SUV crossover will be much more closely matched to Tesla's cars in terms of performance and range. Audi is planning to give drivers 310 miles of fun behind the wheel between charges, while the 0-62mph time of 4.6 seconds will compete with Elon Musk's much-touted 'Insane Mode' on the Tesla Model S.

Rapid charging is another feature the e-Tron Quattro provides, with the manufacturer claiming that it will hit 80 percent capacity in around half an hour when combined with a compatible charging system. With Bristol Airport parking now providing charging stations for EVs like this, accessing faster refills will be easier. In fact, the UK's electric car infrastructure is improving by the day, with new homes and even street lights set to support zero-emissions vehicles.

Like Audi's EV effort, the EQ from Mercedes-Benz is another concept car that will ultimately inform the design of a mainstream model. It comes in the guise of a large SUV, equivalent to the Tesla Model X in this respect, with an exterior and interior aesthetic that is arguably more outlandish than any of the creations to come out of Elon Musk's company so far. 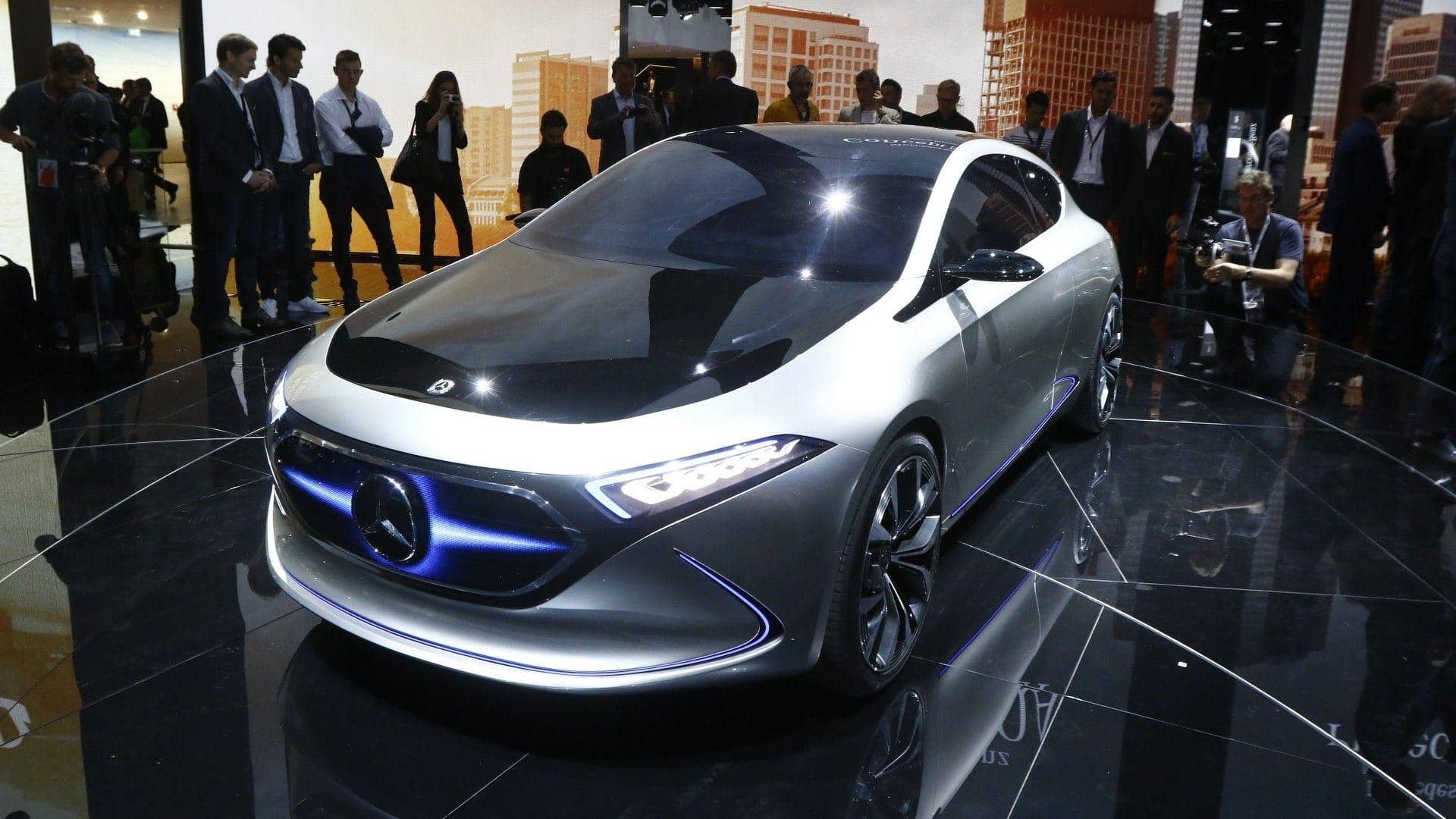 The traditional dash has been swept away, to be replaced with a digital display endowed with flashy graphics and access to a lot of other bells and whistles. Mercedes-Benz is also looking to revolutionise the way that charging takes place, moving away from the plug-in approach and attempting to develop wireless power transfer that will work on a scale suitable for EVs. Smartphones with wireless charging are commonplace, and the idea of being able to simply drive the EQ into space with a floor-integrated charging pad and instantly begin refilling its onboard batteries is just as convenient and attractive.

The first Tesla vehicle to emerge more than a decade ago was the Roadster, a model which would eventually be launched into space as part of a publicity stunt for one of Musk's other ventures. This performance-focused two-seater turned heads with its sporty credentials, so now Porsche is trying to compete with its own zero-emissions stallion. 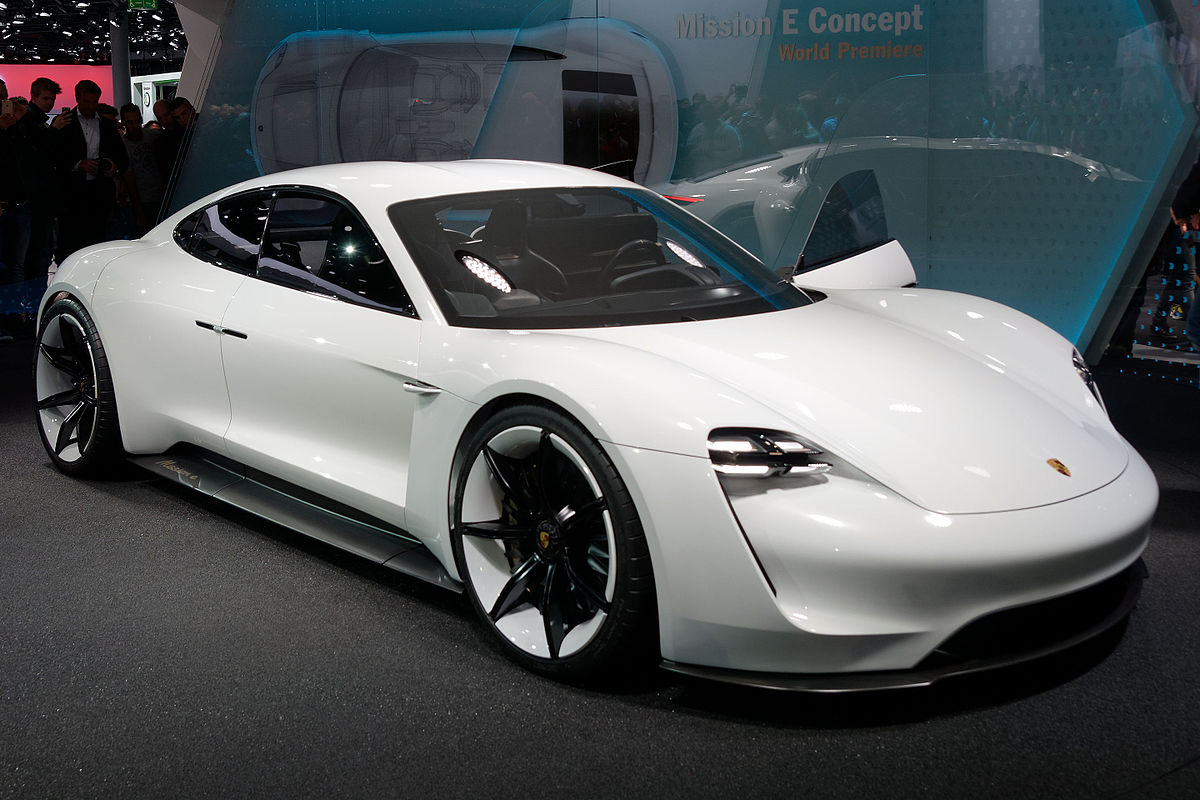 The Mission E concept was an intriguing vehicle when it first emerged, with the promise of a 0-62mph time of under 3.5 seconds and a range of 310 miles. Its electric motors will be able to develop around 800bhp and unlike the Roadster it will come with room for four people onboard, not just two.

Recently Porsche announced that it will be rebranding its flagship electric car as the Taycan, along with the promise that it will be investing in a network of fast chargers that will re-juice the battery to 80 per cent capacity in just 15 minutes. That is still quite a bit slower than filling up with petrol, but nowhere near as tedious as the six to eight hours that older EVs need to spend plugged in.

Arguably more attractive than the Porsche Taycan, the EP9 from Nio is perhaps the most significant of the current Tesla competitors, at least from the perspective of petrol heads. It has achieved a lap record at the Nurburgring and is not just built to deliver blistering electric performance, but also incredibly impressive autonomous driving capabilities, outdoing Tesla's Autopilot system. 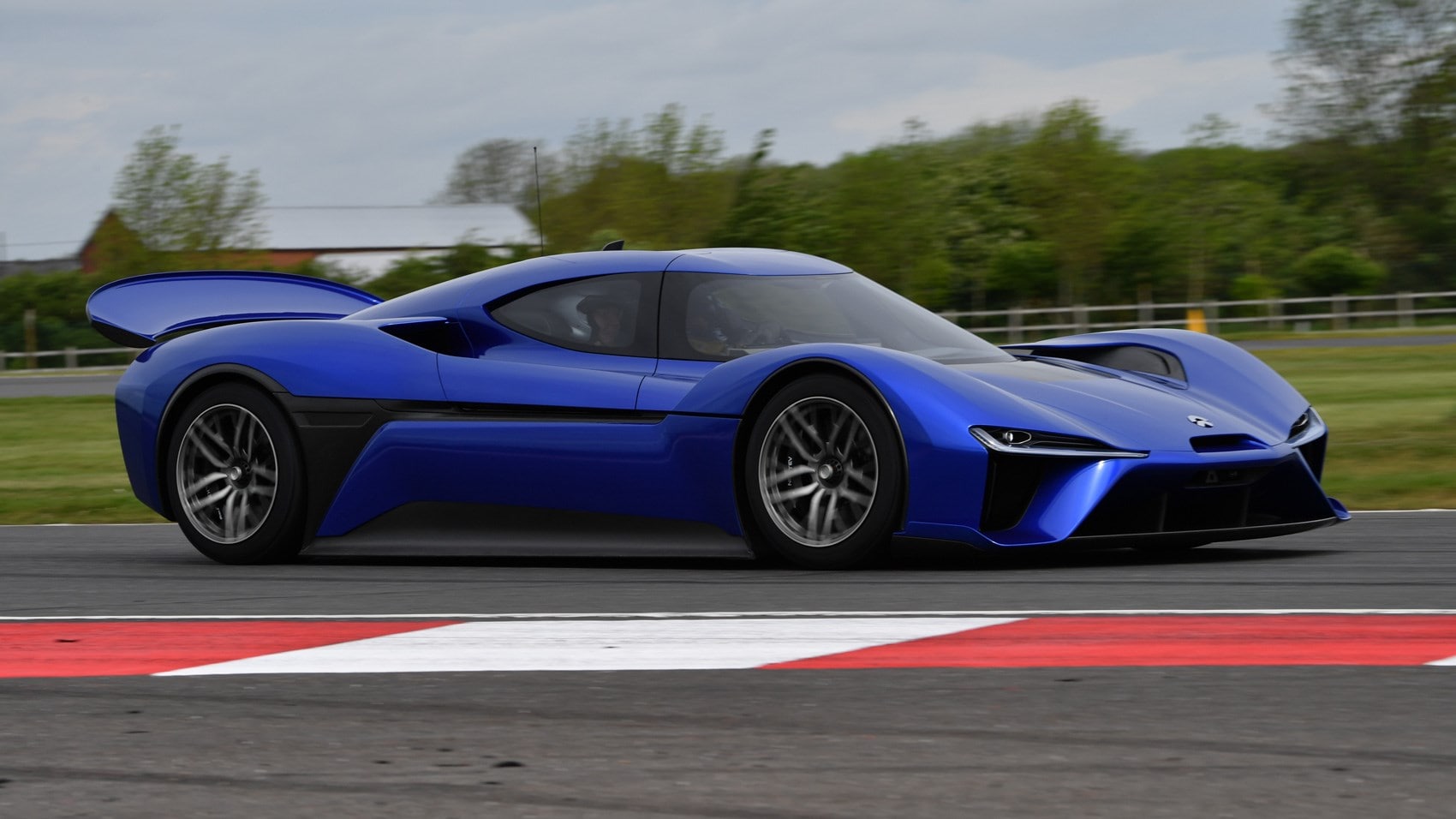 In terms of charging speed, the EP9 is theoretically the quickest EV on the block thanks to the fact that its batteries are built to be swapped out on the fly. This is clearly a track-focused feature that enthusiasts with deep pockets will relish. Clearly, this is not something that Bristol airport parking providers or any other mainstream car parks will offer, so its plug-in charging will have to suffice for those who want to take it out on public roads.

The rampant performance stats of the EP9 make for daunting reading. It can launch itself to almost 125mph in as little as 7.1 seconds, with a top speed of just under 195mph touted by the manufacturer. Until the new Tesla Roadster arrives, the EP9 will be unchallenged. 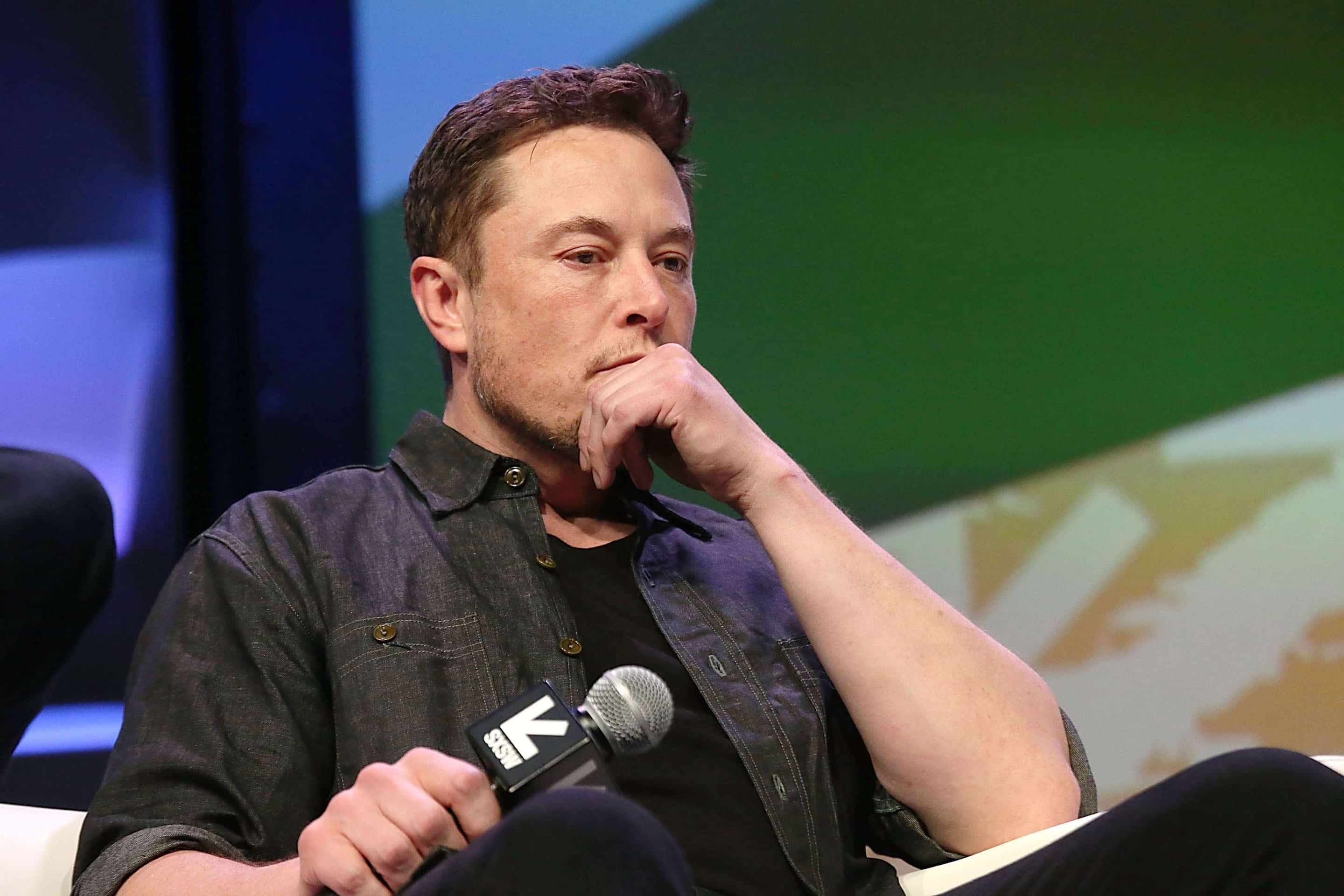 Electric car companies seem to be popping up all over the place, riding on Tesla's coat tails and attempting to outdo it with models that are directly targeted to outdo its own offerings. In spite of the apparent difficulties facing Elon Musk, competitors seem to lack the one thing that he brings to the table, which is a role as a public face of the company he runs. Musk and Tesla are inextricably intertwined, helping to bolster his brand's impact and visibility on a global scale.

The VW e-Golf has the Model 3 in its sights but lacks the forward-looking design features. The Audi e-tron quattro apes the Model S with its luxury and performance but lags behind in terms of actual availability. The Mercedes-Benz EQ aims to bring down the Model X but is still just a concept that will undoubtedly be toned down before its actual launch. The Porsche Taycan and Nio EP9 want to rumble with the Roadster, yet will undoubtedly be outdone by its latest iteration. In short, Tesla competitors face an uphill struggle.