What Makes Tesla Innovative, and What Does This Teach Us?

At Park IT we get really excited about innovation and technology. After all, it's at the core of what we do. Here, we take a look at a famously innovative company currently making big waves in the automotive sector: Tesla Motors. So what makes Tesla innovative, what are some facts you might not know about the electric car pioneers, and what are the key lessons our industry can learn from Tesla's CEO, Elon Musk?

On its website, Tesla states that its mission is "to accelerate the world's transition to sustainable energy". A simple concept, which has not only led to the evolution of some of the most revolutionary electric car technology – but has taken the company into the wider field of clean energy generation and storage.

Currently, Tesla has four models of electric car available – the Roadster (the original, all electric supercar), the model S (the high-performance saloon), the model X (billed as "the safest SUV ever) and the latest offering, the model 3 (the affordable 5-seater).

Perhaps less well known, but equally innovative, are its catalogue of home and business energy products. These include battery packs Powerwall and Powerpack, as well as solar roofing that looks like a roof, not a solar panel.

Why is Tesla Innovative? 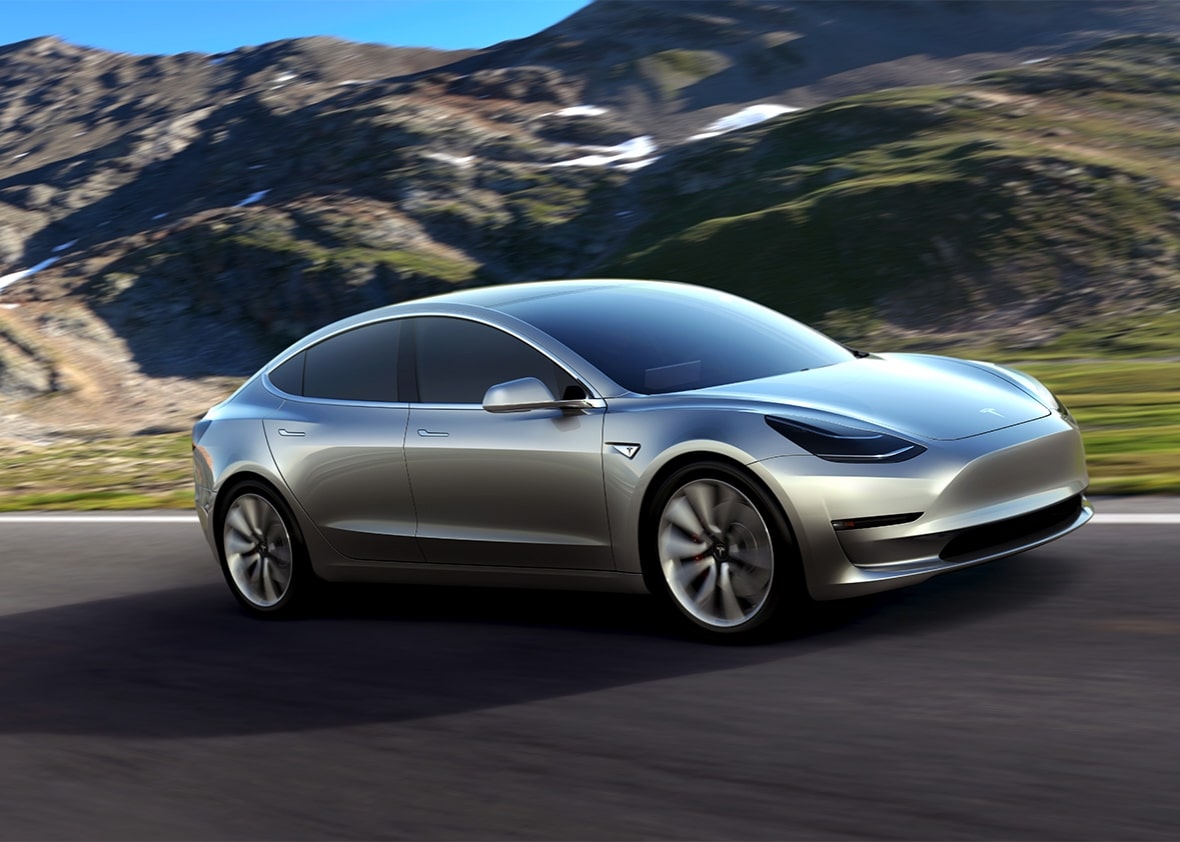 Although revolutionary, early models were ridiculed for their 'toy car' looks. They were small, basic and quite frankly, downright ugly. What's more, electric vehicles were typically slow in comparison to petrol and diesel counterparts and garnered a reputation for running out of charge only a few miles after leaving your drive. All in all, owning an electric car seemed like a lot of hassle and not much fun.

Of course, since those early days electric car technology has evolved significantly and now there are a number of companies aside from Tesla that have created viable models to tackle some of these compromises. But what Tesla has succeeded in doing is solving all the hang-ups with the original electric car. 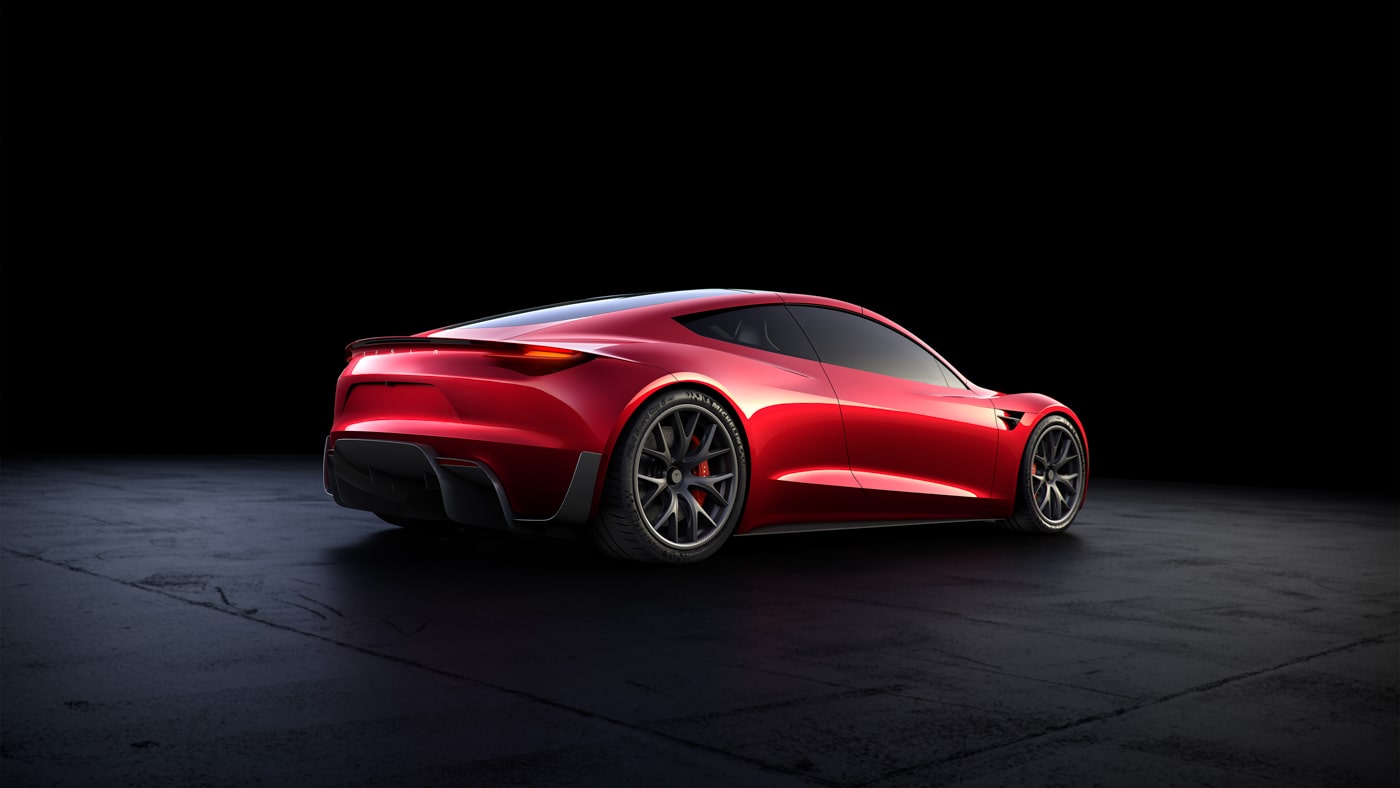 The Quickest Car in the World?

Tesla cars look great, they are fitted with all the mod cons you'd expect from a regular modern car. As well as this they utilise an energy system that other manufacturers have yet to rival. What's more, the Roadster is claimed to be the quickest car in the world, accelerating from 0-60 in just 1.9 seconds and capable of a 250+mph top speed.

Cost is the only barrier left

The only barrier left to break is the cost. But with the latest release, the Model 3, Tesla has brought the price point down to $35,000 dollars. Still high, but not a great leap from what you might expect to pay for a brand new petrol or diesel car.

Looking beyond the initial problem

Tesla is an innovative company because it has looked beyond the initial problem and widened its work to solve issues that ripple out from the primary concern. That is, instead of just thinking of how the car will work – Tesla has considered how energy systems can be created to function more effectively and support the network of cars. Without infrastructure, electric vehicle technology won't progress. Tesla recognise this and have expanded their work to cover all bases.

For instance, recognising that range and power were key issues with electric vehicle technology, Tesla set about creating their own superior battery that allows greater speed and far more mileage than any other available in the industry. Identifying the problems surrounding infrastructure, Tesla has installed a network of its own charging points across Europe, North America and China. 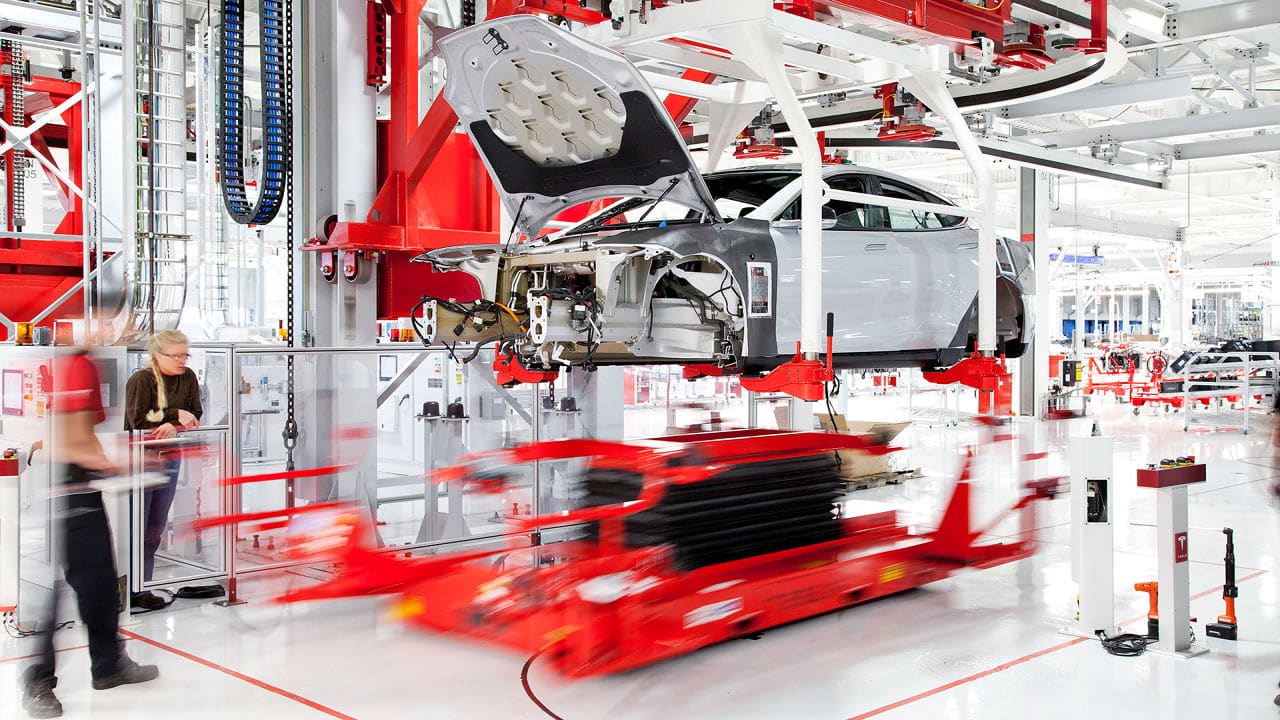 Tesla is innovative because it believes in innovation. You'd think as a business the company would want to keep its technology top secret, protected from competitors. But even the Tesla battery is not patented, and the vehicle designs are open source. Why? Because the goal of the company is to change the world, not to make money. That's crucial for innovation.

There's been a lot of buzz about driverless technology recently, and it's no surprise that the name Tesla is one of those associated with the latest autonomous vehicle developments. In fact, all Tesla cars are already installed with autonomous hardware so that as their Enhanced Autopilot features are rolled out the cars will be able to "match speed to traffic conditions, keep within a lane, automatically change lanes without requiring driver input, transition from one freeway to another, exit the freeway when your destination is near, self-park when near a parking spot and be summoned to and from your garage." 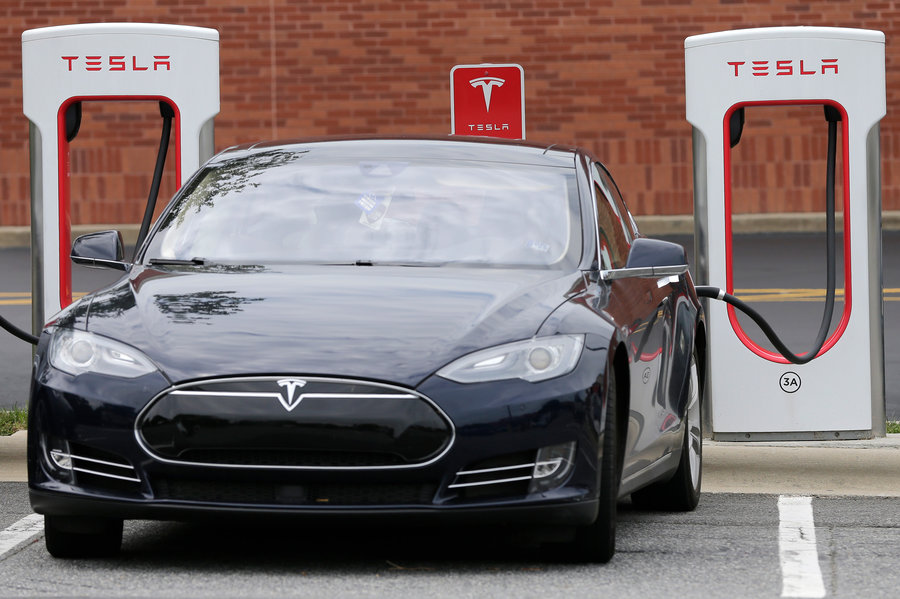 Tesla acknowledge that they are not the only organisation making progress in their field, but believe it's the way in which they bring their technologies together that makes them innovative: "Electric cars, batteries, and renewable energy generation and storage already exist independently, but when combined, they become even more powerful – that's the future we want" proclaims the company website. 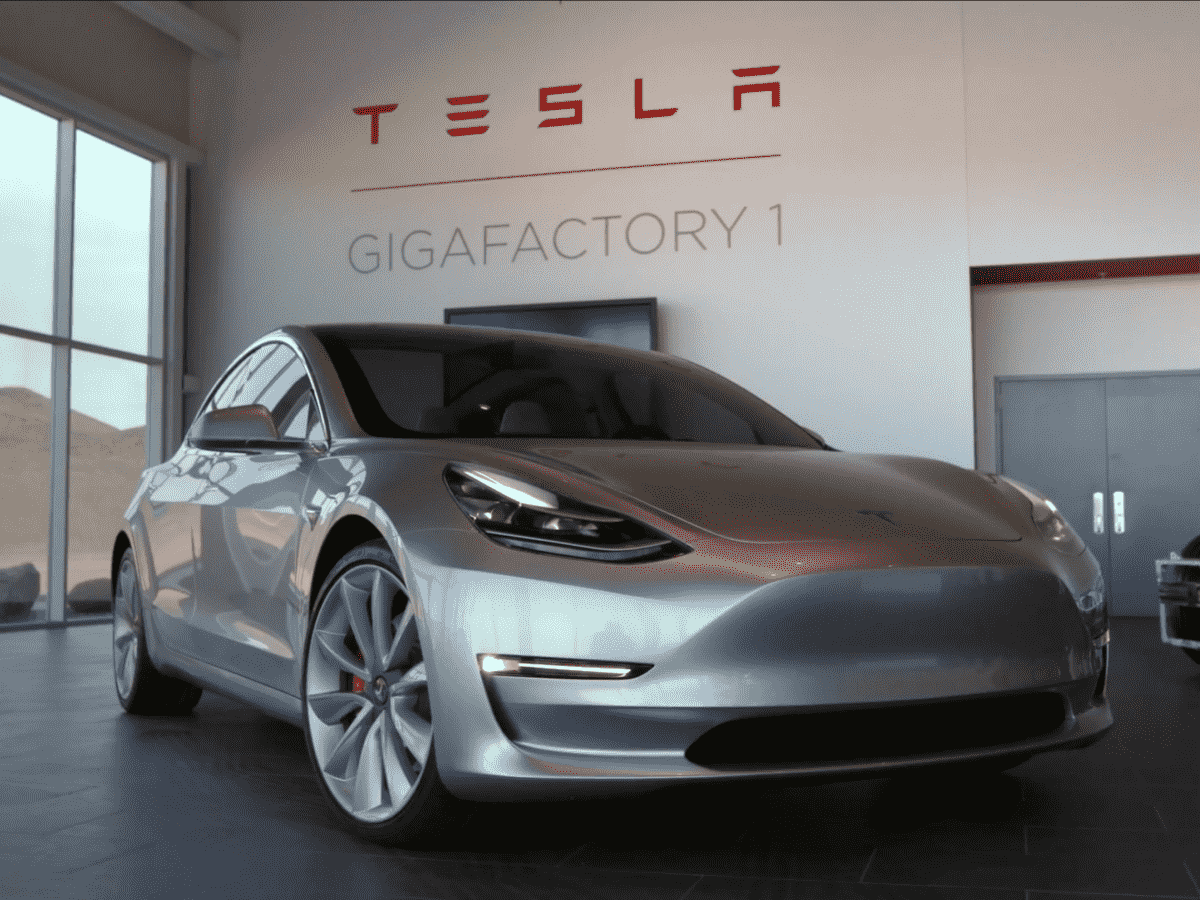 What business lessons can we learn from Tesla's CEO, Elon Musk? 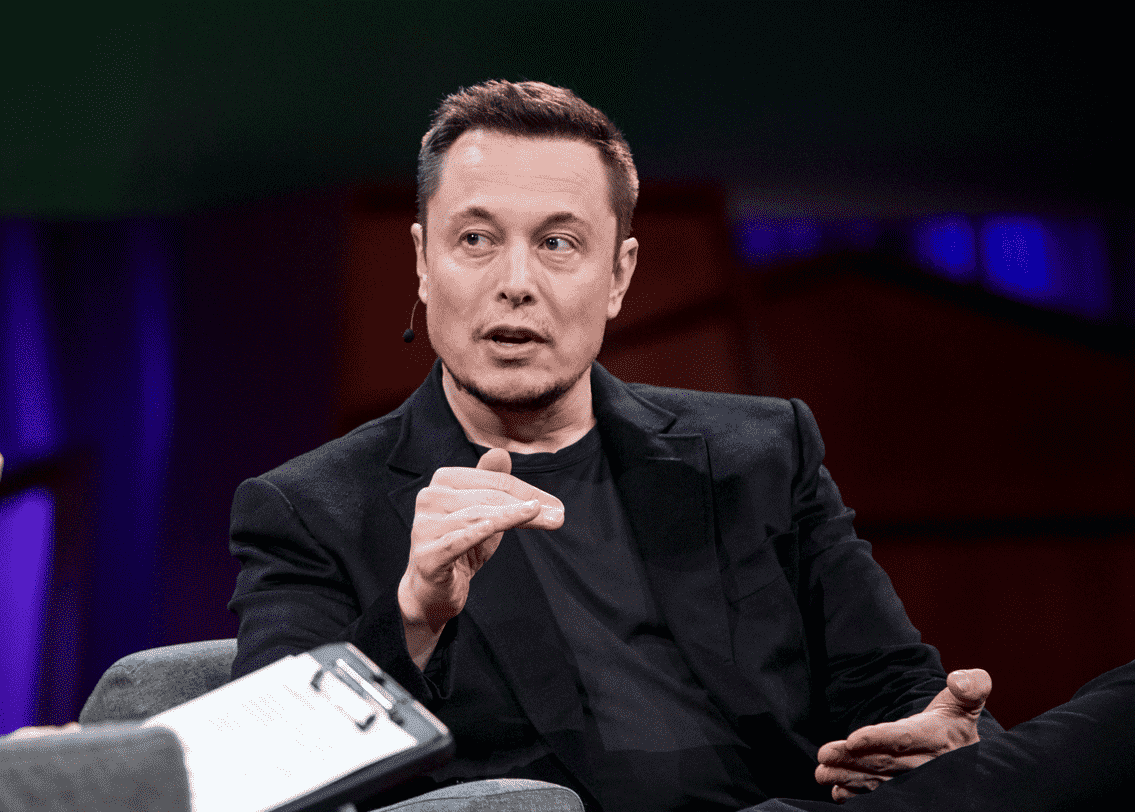 Tesla Motors and its CEO, Elon Musk, are inextricably linked. In fact, many believe that it's Musk himself – and the media attention, fascination and cult following he attracts – that truly makes Tesla stand out. What can't be denied is that Musk's determined, future-thinking attitude is a key driver of Tesla's success. Here are some of our favourite nuggets of advice;

Be relentless in the pursuit of your goals

Musk won't allow himself to be stopped by the same barriers that everyone else will. There is always a solution, it just needs to be discovered. For any individual or company within the technological industries, this is an attitude that should be adopted. Admitting defeat in the face of barriers is not progress. As our mothers always told us, there's no such word as 'can't'.

You get a real sense that Tesla creates electric vehicles because it believes in a sustainable future. In contrast, other traditional manufacturers are exploring electric vehicle technology because inevitably they will be forced into it by the government, or because they think it's what will sell in the future.

This idea can be translated into any industry, any organisation. The primary reason for existence should be to make something better. To improve customer experience, to progress technology, to streamline processes – or whatever it may be. Put this first, and success will follow.

"You want a future where you are expecting things to be better, not worse"

Sometimes it may seem that there are things we can't control, that will inevitably get worse. We may be tempted to accept certain ideas – like the deterioration of the environment and our planet. Not so with Elon Musk. It's his continual optimism that the future can be better that motivates him and drives his work. The lesson is that in any industry, in any field, belief that the future can and will be better will keep entrepreneurs and businesses pushing the boundaries of innovation.

"Constantly question yourself and how you could be doing things better"

Musk has stated that he believes having a "feedback loop" is of vital importance. Resting on your laurels only leads to complacency, and stasis. To keep innovating is to keep improving – so making sure you have ways of generating feedback, listening to that feedback and acting on it, is of vital importance for any progressive organisation.

Park IT – innovating the future of car parking solutions 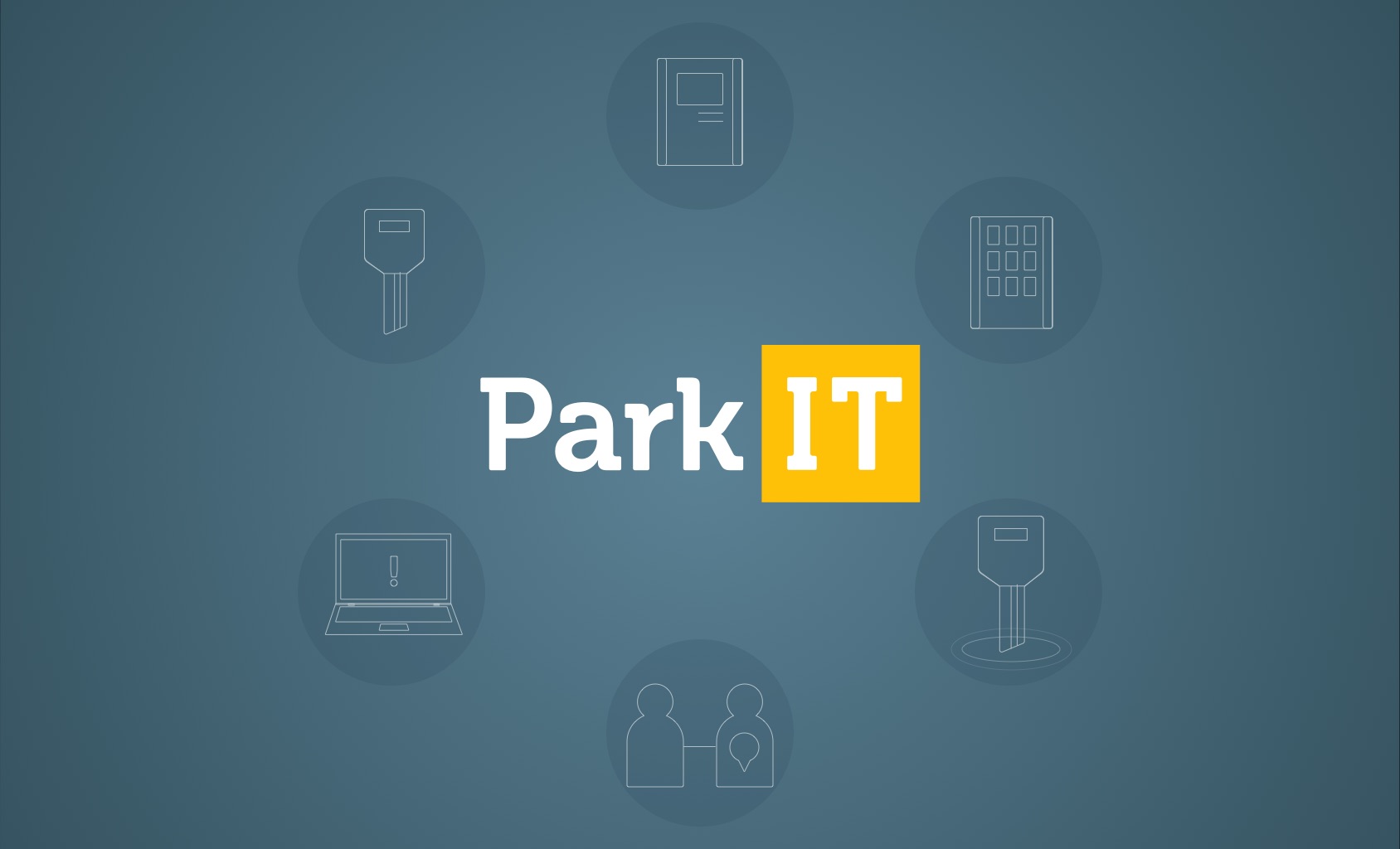 At Park It we believe that we are at the forefront of developing technology for parking management solutions. We're driven by our goal of improving parking solutions both for the customers using the car parks, and the operators who manage them. We embrace new technologies, encourage feedback and continually assess our software against its purpose.

So far this had led to the development of a system that has improved efficiency, cut cost and bettered customer service in a number of locations across the country. Who knows where innovation will take us in the future?

Want to find our more about our innovative parking management software? Contact our team.